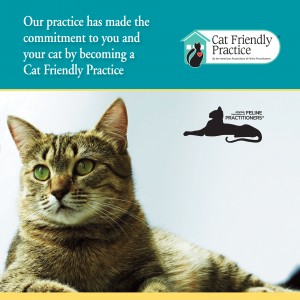 Feline house soiling is a common problem. It is a condition where the family cat stops using his or her litter box. It can result in the cat’s demise when the frustrated owner feels the problem cannot be resolved.

The reasons why a cat might eliminate away from the litter box are numerous. If the cat abruptly starts urinating and defecating outside the box, there is probably something wrong. The number one reason why a cat may stop using the litter box is medical, not behavioral. Since there are a variety of medical problems that can lead to house soiling, it is important that all possible medical causes be ruled out at the start. If this step is neglected, attempts to guide a cat with a medical problem back to the litter box will likely be doomed to failure.

Litter box avoidance is often the first sign of a cat with a lower urinary tract disorder. It is likely that the pain associated with urinating deters the cat from wanting to use its box. Instead, the animal will seek other places to do its duty trying to avoid the discomfort that it associates from the box. Excessive urination due to conditions such as kidney disease or diabetes may result in a litter box that is constantly soaked and unacceptable to the pet. Diarrhea, constipation and colitis are other problems that can result in discomfort during the act of elimination and cause litter box avoidance.

Spraying is another reason why a cat may not use a litter box. Spraying is a normal marking behavior in which the cat backs up to a vertical surface and directs a stream of urine toward it. The amount of urine deposited is usually smaller than when a cat empties its bladder during normal urination. This behavior is typically used by the cat to delineate its territory. It often occurs when the pet perceives its domain has been invaded, or during stressful situations. Unneutered males and females in estrus are most likely to spray, although 10% of castrated males and 5% of spayed females may spray on occasion.

Other reasons that may abruptly cause a cat to stop using a litter box may be the accumulation of waste, strong disinfectant odors or an unacceptable litter. The box may have been moved to an area with high traffic or the cat may have been disciplined, medicated or frightened near the box. Harsh punishments for any reason might cause the cat to eliminate in secluded areas in order to avoid family members.

Most owners use punishment in an attempt to change the pet’s behavior. This approach is rarely effective and often makes the situation worse. This is especially true if it is harsh or delayed, or when anxiety is an important factor in the development of the problem. No matter what the circumstances might be, the cat should never be swatted or physically punished. The owner should be cautioned against rubbing the cat’s nose in the mess or roughly handling it and placing it in the litter box. If the pet is caught eliminating in an inappropriate area, the owner can squirt it with a water gun or make a noise just loud enough to gently interrupt it. An attempt should be made to do this without the cat being aware that the owner is giving the correction.

The initial step is to find out first if there is a medical reason why the cat is not using the litter box. This can be accomplished with proper diagnostic testing at your veterinarian’s office. After all medical reasons have been ruled out, only then can the cat be diagnosed and treated for a behavioral problem.

There are many steps that can be taken if there truly is a behavioral reason why your cat has stopped using his or her box. To discuss these steps, contact us for an appointment.